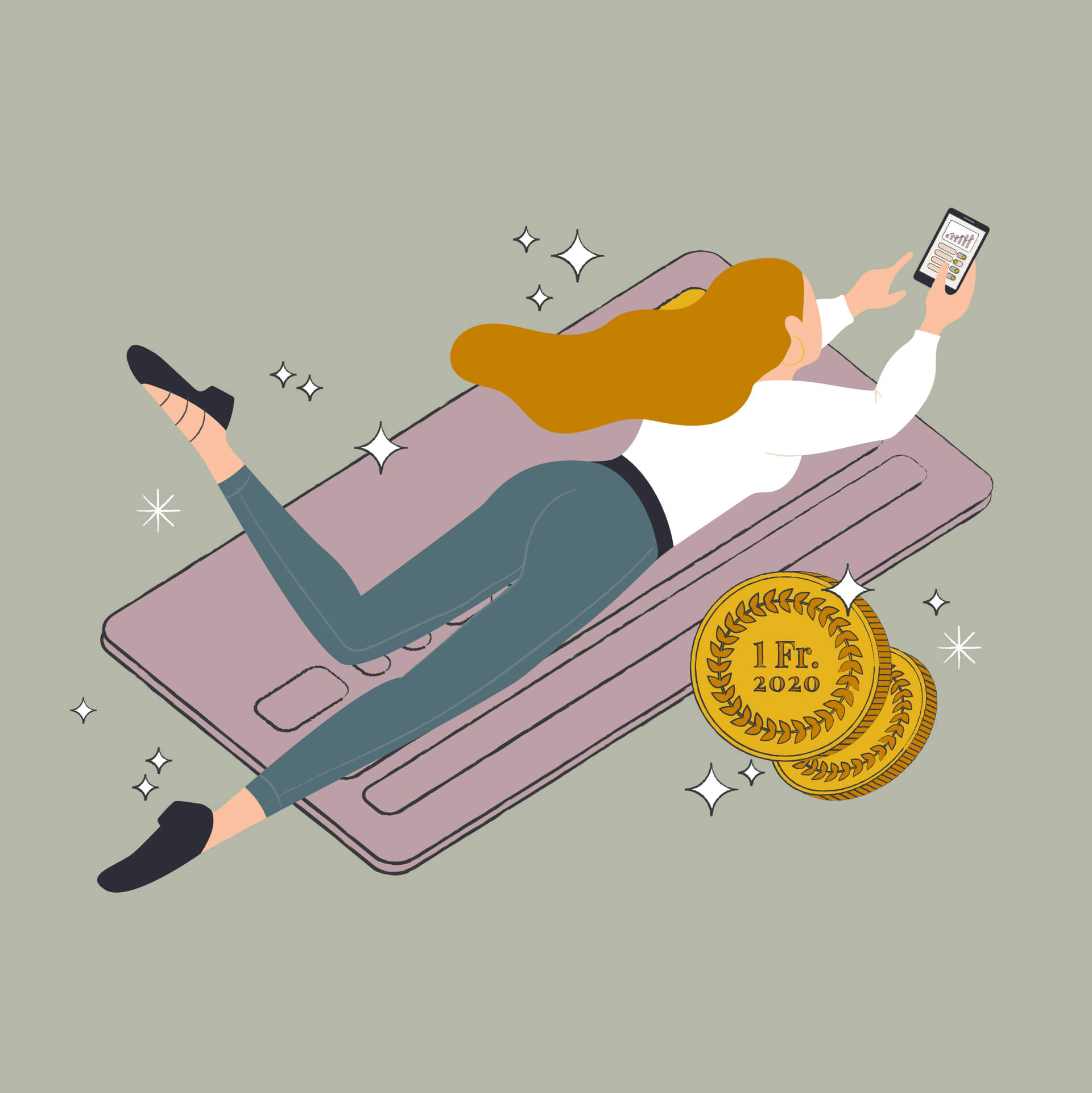 The chart shows the growth of the gross national product (GDP) in the USA in the last quarters. GDP growth is the most common number considered when looking at the general state of an economy.

In 2021, Covid says the economy recovered well but now high inflation is holding back growth.

In the first quarter of 2022, the U.S. economy surprisingly fell 1.6%. However, growth is expected to return to 1.9% in the second quarter. The investment bank Goldman Sachs, which is often correct with its forecasts, expects even higher growth.

Growth for the second quarter will be announced on July 28. Should the published figure be negative again, the U.S. would officially be in recession. This, in turn, would have major implications for the Fed's policy. So investors need to mark July 28 thickly in their calendars.

In recent weeks, the breakeven rate has fallen sharply. Most investors now expect clearly lower inflation values. This would be good news for the stock and bond markets. Central banks would then no longer be forced to continue raising key interest rates so massively.

The chart shows the expected impact of commodity prices on inflation over the next 1.5 years. This is based on the assumption that commodity prices will not rise further. In fact, they are currently falling sharply. Although there is talk of shortages in the winter and the inhabitants of Germany and Switzerland are already being urged to save gas and energy, prices on the markets for oil and gas, but also wheat and corn, are really collapsing.

Since the high shortly after the outbreak of the war in Ukraine, oil is almost 30% lower, gas over 40%, corn 30% and wheat also over 40%. Most prices are only slightly higher than before the war broke out.

We find it difficult to interpret this market movement. Is it only a short term movement, because the supply volumes are not as low as expected or is it a sign, for peace negotiations already running in the background?

How long do bear markets last?

Many investors are looking with concern at their portfolios as they have declined sharply in value. Since 2009, both the stock and bond markets have gone almost exclusively up. Investors are simply no longer used to declining markets, known as bear markets in technical jargon. How should the current downward movement be classified historically?

Every published figure that gives an indication of the state of the economy is currently highly regarded and interpreted on the stock markets. The most important figure, GDP growth in the USA, will be published on July 28. In the coming weeks, many companies will publish their business results for the second quarter. These could provide a first insight into what we can expect on July 28.

The chart shows the gross margins of the 1000 largest companies in the USA in light blue and consumer confidence in dark blue. The two indicators have been running in lockstep since 1995. Since the indicators were first measured, they have never gone in opposite directions for so long.
Given the high inflation and wage increases, margins should actually be falling quite sharply, which would be bad for the stock market. But consumer confidence is so negative that it can almost only get better, which would be positive for the stock market.

Here, too, we find it difficult to come up with a conclusive interpretation. But the chart shows impressively that after Covid and now with the war in Ukraine, the economy has not yet found its "old" balance. This leads to uncertainties and further high fluctuations on the markets.