How Investing Affects Your CO2 Footprint 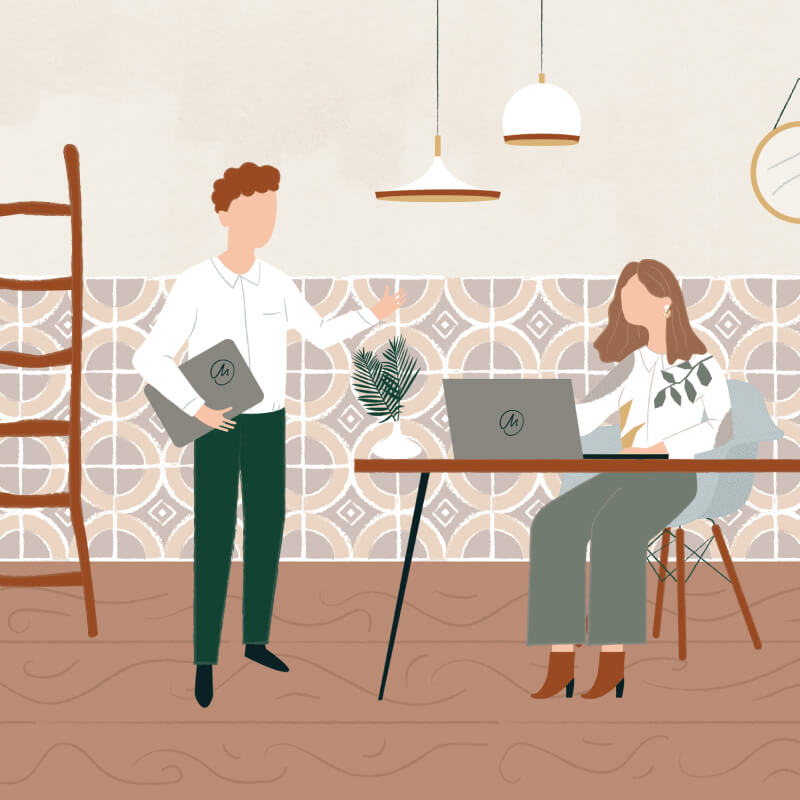 How Investing Affects Your CO2 Footprint

In fact, many people do not even suspect that the links between our personal finances and the environmental crisis have a much more noticeable effect than using a petrol car, for example.

Moreover, apart from our personal acquisitions in harmful industries, the financial institutions we invest our savings in also have a powerful impact on carbon emissions. Therefore, as an investor with even a small amount of money, deciding where to place your finances can be surprisingly consequential.

Investors play a crucial role in climate transformation. And even though they do not produce or manufacture anything, it does not mean that their actions have no influence or significance.

In pursuit of capital growth, numerous investors, both starting and experienced, put their money into profitable yet harmful industries. From the market viewpoint, there are several sectors that, to a greater extent, are exposed to climate change and face more considerable risks due to carbon emissions. As a result, when investors put their money in one of these sectors, they directly impact the CO2 footprint.

Another approach associated with subsidizing gas emissions is connected with the banks that, in fact, often fund the climate crisis through the money of their depositors. Interestingly, 35 of the world's largest banks have provided $2.7 trillion to fossil fuel companies since 2015, and what is more important, this fossil fuel financing has been growing year by year. Moreover, it has been calculated that carbon emissions from "indirect" sources present a greater part of the total amount of gasses generated by a human.

If we take the United Kingdom as an example, the numbers will be quite shocking. Recently, Greenpeace and World Wildlife Fund have published a report, according to which the amount of CO2 production financed by Britain's banks and asset managers is nearly double the UK's annual carbon emissions.

To be precise, the study showed that the City provided loans and investments for projects and companies that emitted 805 million tonnes of CO2 within a year. That is 1.8 times the UK's own annual net emissions, which totaled 455 million tonnes.

The report also highlighted that the financial industry is one of the UK's largest contributors to the climate crisis and supposed that if the City were a separate country, it would outrank Germany as the ninth largest emitter of CO2, giving off around 776 million tonnes of carbon annually.

Another research done by the investment campaign group ShareAction found that none of Europe's top 25 banks it reviewed were taking action to effectively combat carbon emissions.

Specifically, the study found that banks' policies fail to encourage significant changes. In many cases, they only aim to cut carbon emissions from the bank's offices and branches rather than restraining the financing of carbon-heavy industries, companies, and projects to which banks offer loans or underwriting services.

In the current situation, it is sad to realize that lenders with numerous opportunities don't want to put care for the environment at the core of their strategies, focusing on more profit rather than on a CO2-neutral economy and a wider range of green finance options within their services.

Why Investors Need to Care About CO2 Footprint

The scientific community has agreed that rising levels of carbon in the atmosphere are one of the leading contributors to global warming. However, apart from environmental and ethical aspects of carbon emissions, there are several other things investors need to worry about.

Along with significant humanitarian consequences, many investors are considering climate issues as obstacles to their personal well-being and financial stability. On this basis, the carbon footprint has even become a turning point for decision-making, as it is connected with two components that no investor can ignore: returns on investments and risks associated with them.

In fact, with numerous regulations and restrictions imposed on carbon-intensive companies, many fossil fuel businesses are becoming high-risk assets. They experience multiple inspections for their enormous responsibility for climate change and encounter rising costs to comply with more strict laws. But what is more important is that they need to fundamentally change their business models to remain competitive and have enough power to continue making decisions.

As a result, despite differing views on the possible effects of climate change, lots of institutional and individual investors are thinking about relocating capital away from fossil fuel corporations toward more sustainable players, including those investing in clean energy technologies and carbon-neutral infrastructure.

Consequently, the forecasts are pretty evident and disappointing: the industries dependent on fossil fuels are expected to undergo a significant hit on profits. The average annual returns in the coal sector, for example, could fall by five times over the next ten years, while the renewable industry is believed to get the most out of these market shifts with an incredible increase in average annual returns.

Finally, as more and more organizations disclose detailed data on their carbon footprint and overall environmental impact, investors gain a more explicit picture of the investing climate and opt for businesses with better market positioning.

How Investors Can Reduce Carbon Footprint

It has been calculated that climate-friendly investments can reduce emissions by 42 percent on average. In this regard, for carbon-conscious investors backed by the relevant data and proper strategy, investing in high-quality businesses with low carbon footprints can be as profitable as earlier investing in fossil fuels.

Nevertheless, further actions regarding the building of investment portfolios must be wisely and thoroughly thought out. In fact, there are several paths to follow.

The first way is to abruptly reject carbon-intensive market sectors such as energy and fuel-burning utilities. Some environmental, social, and governance (ESG) investors believe that bypassing fossil fuel companies is the best solution to the problem. Others may argue that dwindling fossil fuel development projects will raise the cost of extraction and further level the playing field with renewables.

The second approach is less restrictive and pragmatic. It suggests a gradual transition, resulting in moderate rejection of carbon-intensive industries like coal or oil and investments in companies with a positive trend toward reducing their carbon footprint. While this approach implies dependence on the energy sector, it will finally lead to companies providing low-carbon technologies, renewable energy power production, and storage. In addition to addressing environmental concerns, investing in these companies can also improve operational and resource efficiency, potentially improving the bottom line and long-term growth.

To sum it up, it's necessary to highlight that the carbon footprint in a modern economic ecosystem goes hand in hand with our investing habits. The way we handle our money has a more significant impact on the environment than it seems.

Nevertheless, with more and more people concerned about the detrimental effect of the carbon footprint and numerous regulations being introduced by the authorities, investors start rejecting energy-dependent industries and turn to sustainable financing of players that focus on eco-friendly technologies. Furthermore, carbon intensity even becomes a clear sign for investors indicating what sectors to focus on and what to ignore.

Of course, the effects of climate change come with a considerable time lag, which makes it difficult to form clear expectations. However, since numerous investors have already applied an environmentally-friendly approach to their investment portfolios and adhered to ethical investing, hopefully, it will become possible to mitigate the negative effect of carbon footprint and prevent a climate crisis.