How this economic recovery compares to the last 150 years 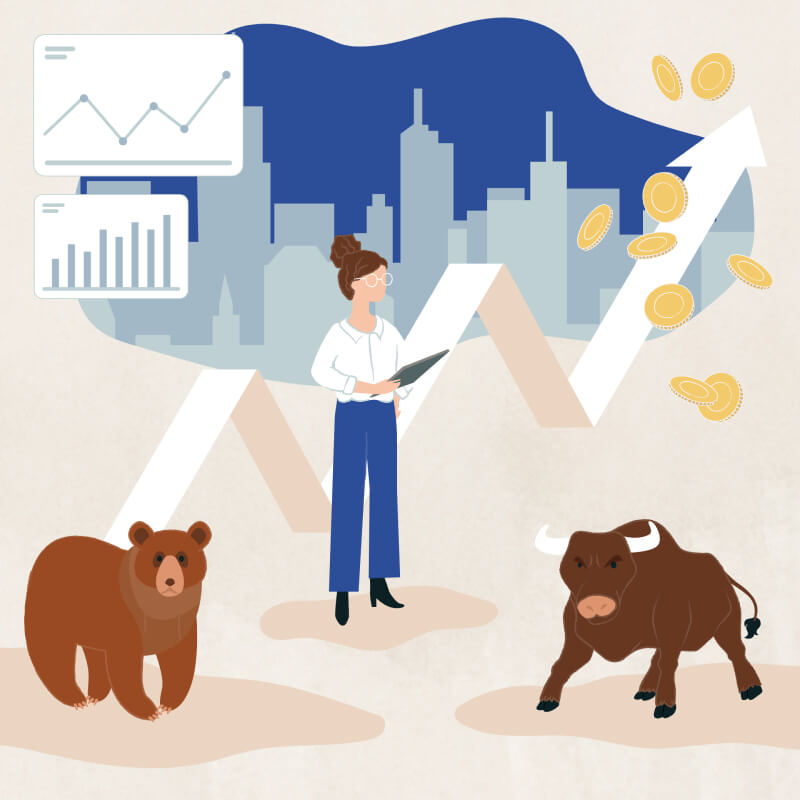 In this week’s market report we discuss: successful profit season, central banks, the economic
recovery compared to the cycles of the last 150 years, bitcoin seasonality and the gold model.

Why this is important:

CEOs tend to know their companies very well therefore, the concerns of today will be
reflected in the company results of tomorrow. Therefore, this compilation of the top concerns
is a very good indication on what to expect in the near future. At present, CEOs & managers
are most concerned with finding enough qualified employees, supply chains and delivery
problems, and the overall weakening demand. Compared to last quarter, there are also new
concerns around having enough market power to raise prices and the creditworthiness of
customers. These concerns point to lower quarterly results for Q4 than in Q3 and a continued
inflationary environment with rising wages and supply chain issues.

Regular readers of this blog already know this graph. It shows the profit forecasts for the last
10 years (all data to the left of the zero line) and the actual published results (to the right of
the zero line). In the 3rd quarter, an average profit increase of 28% was expected, but 32%
was delivered. In Q2, 64% was expected and 96% was delivered. The current expectation for
Q4 2021 (blue line) is +20%. Based on the Worry Barometer discussed in the Chart of the
Month section, we do not believe this forecast will improve much by the end of the year,
leading to a greater risk that more companies will dissappoint in Q4.

‍
No surprise from central banks

‍
On Wednesday, the US Federal Reserve delivered exactly what was expected. Monthly bond
purchases of USD 120 billion will be throttled by 15 billion per month. This officially marked
the beginning of tapering and the exit from expansionary monetary policy. The US Federal
Reserve made it clear that they would only change policy very slowly. The central banks of
England and Japan made similar announcements on the same day. We continue to have an
expansive monetary policy by the central banks to support the economy and the stock
markets, it’s just a little less than previous months. This should have a positive impact on the
stock markets in the coming months.

‍
Economic recovery compared to cycles of the last 150 years

‍
Since the sharp downturn in the economy following the outbreak of the Covid pandemic, the
economy has recovered strongly since April 2020. Since 1870, there have been 30 such
periods of expansion following a recession. How do we compare to the previous expansion
phases of the last 150 years and what conclusions can be drawn?

The increase in inflation is worrying many market participants. As are we. But the chart
shows that in terms of inflation, we are roughly in line with previous recoveries. What the
chart doesn't show, however, is that compared to previous cycles, we have a pandemic that's
still ongoing and that's throwing all the supply chains into disarray

Compared to the previous expansion cycles, the S&P 500 has already made very strong gains.
Slower growth of the S&P 500 or a smaller correction would therefore not come as a surprise.
The central banks can, of course, weaken or even prevent this correction with a further expansionary monetary policy.

Unemployment in the USA clearly shows how different the development was from previous
expansion phases. Here, the recovery is likely to continue at a rapid pace. As good as this
development is for anyone in the USA looking for a job, it is likely to be as bad for the
development of wage inflation. This is where the greatest risk of a major stock market
correction currently lies.

Bitcoin seasonality and the gold model

Since the launch of the first futures ETF on Bitcoin, the interest of major banks and asset
managers in the topic of cryptocurrencies has increased significantly. One of the analyses that
is currently most shared and talked about in the crypto scene is that of Jurrien Timmer. He is
the chief investment officer (CIO) of traditional asset manager Fidelity.

Jurrien Timmer compares the price development of Bitcoin with that of gold from 1970 to
1980. It was not until 1970 that the investment market discovered gold and the first products
were launched to integrate gold into the portfolios of end customers with investment products.
So exactly the process that is currently going on with Bitcoin. Also in 1970 the gold price was more volatile and only a few banks integrated gold into the investment policy, today gold is a
staple asset for every bank.

‍
The seasonality of Bitcoin is also interesting in this context.

The chart shows the average annual performance of bitcoin over the last 10 years. The best
time of the year to invest in Bitcoins is from May to September and from November to the
end of the year. Has the usual Christmas rally in Bitcoin already begun?