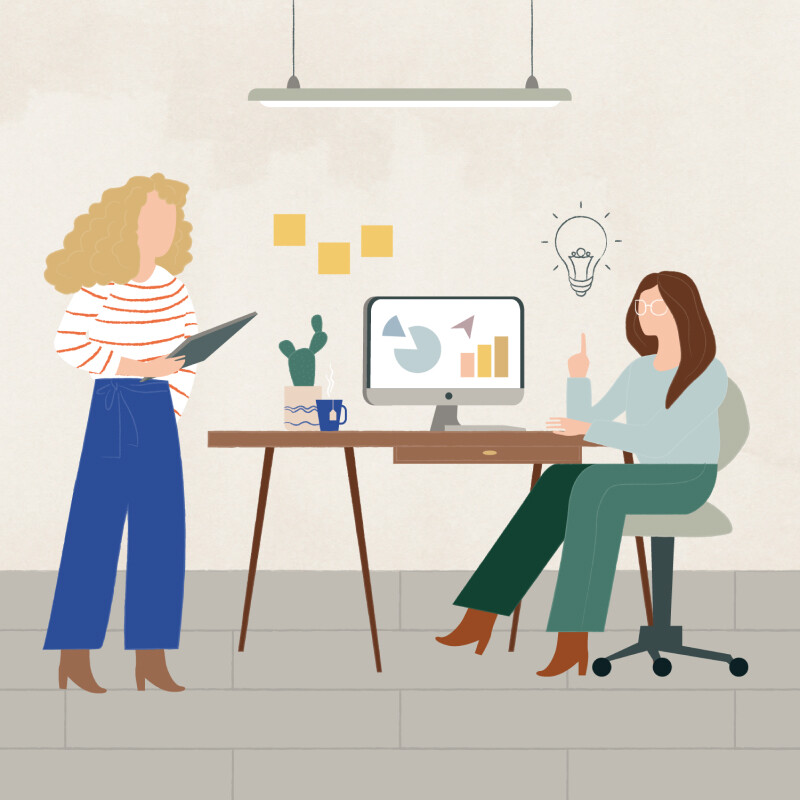 The chart shows in which months in the U.S. stocks and bonds have fallen sharply in value at the same time since 1973. This has only happened three times in 50 years, and now April 2022 is the fourth time.

Many investors are wondering whether they should completely rebalance their portfolios after the poor returns of the last two months and, in particular, minimize risk. Very many very extraordinary circumstances are moving the stock and bond markets right now. Supply chains are still out of whack after the pandemic, an interest rate turnaround follows ultra-expansionary monetary policy like we have never seen before, and the war in Ukraine. The chart above shows how rare it is for the two main asset classes to lose returns at the same time. Targeting one's portfolio for a special case that happens four times in 50 years makes no sense.

You can see a similar picture if you look at rolling one-year losses in the S&P 500. To find a comparable period with a larger loss, you have to go back to 1974 or 1937. So an event that occurs about every 50 years.

Here one must go back in time even further to find comparable values; namely to the Marshall Plan of 1948.

One should remain calm and level-headed now and stick to one's long-term investment strategy.

On Thursday, the growth figures for the gross domestic product were published in the USA. Unfortunately, however, nothing came of the growth. In the first quarter of 2022, GDP contracted by 1.4%.

The chart shows the growth of the gross domestic product of the United States since 2019.

Analysts had expected an increase of 1.2% in the first quarter of 2022. If growth in the second quarter is also negative, the definition of a recession would be met.

The figures indicate that the US economy is already cooling noticeably. In such a phase, we consider it irresponsible to raise interest rates as sharply as the Fed is currently expected to do.

Currently, a lot of bad news is coming together. China is currently fighting the further outbreak of the covid pandemic quite unsuccessfully. The rigorous closure of cities and industrial plants means that supply chains cannot normalize.

The graphic shows the congestion of ships in the world's largest container port of Shanghai. Many freighters cannot be unloaded or loaded. This leads to massive delivery delays for goods and components in the USA and Europe.

High inflation and high mortgage rates are reducing the amount of money available to U.S. households at a rate not seen since 1970:

In addition further bad news from the Ukraine war. An end of the war or peace is still far away. A boycott of Europe for gas and oil supplies from Russia is becoming increasingly likely. This is likely to lead to another sharp rise in energy prices. All this is also depressing consumer sentiment.

The chart shows consumer sentiment in the U.S. since 1980, with the current numbers approaching the levels that occurred during the financial crisis.

However, the values are not yet so bad in historical comparison (lower chart) that a direct rise in prices is to be expected. We therefore expect markets to remain difficult for the next 1-2 weeks.

We are using the time to replace active managers who have disappointed us during the year. Thus, we increase the cash ratio in the short term.